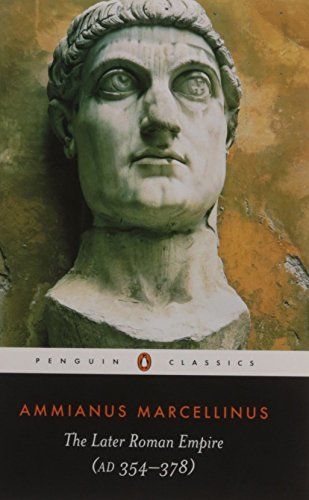 A Roman historian chronicles Rome on the brink of collapseAmmianus Marcellinus was the last great Roman historian, and his writings rank alongside those of Livy and Tacitus. The Later Roman Empire chronicles a period of twenty-five years during Marcellinus' own lifetime, covering the reigns of Const...